You mean the white guy with a guitar from Warwickshire? The Irish fiddler? The golfer? The baseball player? DAMMIT, EXPLAIN.

And yes, in case you are not a fan of classic rock and have never heard of Jim Morrison, read this page for the basics. You can find out quite a bit about his artistic endeavors, but the most important part to Kennealy-Morrison is that he spent his entire “famous” period and then some in a relationship with Pamela Courson. Who was Pamela Courson? Well, she didn’t do much besides be the girlfriend, but by all accounts they did love each other deeply. I mean, a relationship that volatile can’t last unless the love is real and deep.

Since everybody – including the other Doors, personal friends of Morrison’s, and every biographer – acknowledges Pamela to be the real deal and NOT Kennealy-Morrison, most of her vitriol is aimed at a woman who died in the 70s and thus cannot answer or defend herself. She paints Courson as a junkie, a prostitute, an emotional batterer, and eventually a murderer (since the perfect soulmate she has painted NEVER took drugs, then Courson MUST have given them to him… and she MUST have known they would kill him!).

And of course, the only love she shared with Morrison was a horrible, destructive, vile one. Why? Because obviously the only woman he truly loved was Kennealy-Morrison!

So now that that I’ve explained that part, on with the FAQ!

We met in a private interview in January 1969, when I was the editor of a rock magazine called Jazz & Pop (in which I gave an early start to such writers as Dave Marsh, Lenny Kaye, Vince Aletti, Robert Palmer), and one of the first women rock critics ever.

Um, it’s a little telling when THIS is the first question in your FAQ. Not something about YOU, or about your books, or your life, or whatever… but a famous guy you had sex with in the 60s.

But not a groupie! Heaven forbid you call her a groupie! Their love was troo, so it’s inevitable that she would be a fan of his already!

and pow! Instant karma got us both: love at first sight, 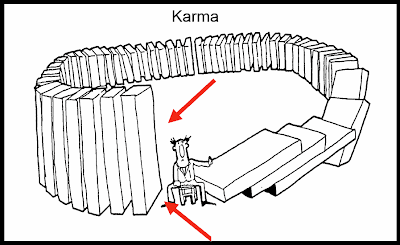 I’m not a Hindu or a Buddhist, but I’m pretty sure that karma is a causational moral belief – in other words, if you do X then Y will come to you. Usually this is applied to, “If you do good things then you will be rewarded. If you do bad things you will be punished, possibly by being reincarnated as one of Charlie Sheen’s children.”

So… is she seriously suggesting that her involvement with Morrison was something she DESERVED because of past actions?! That both of them were so awesome morally and spiritually that they were granted an Epic Rock’n’Roll love affair, and THAT is why they got together?

Yeesh. We’re not even one question in, and already the ego is choking me.

though I must say I kind of already knew what was going to happen.

… how? Did the nice palm-reading lady at the mall tell you that you would meet a tall dark handsome man? You can’t just fling off a line like that without explaining it!

Anyway, we were completely taken with each other — there were actually sparks when our hands touched for the first time, which really got Jim’s attention, and you might be surprised to know how hard that really was to do —

That must mean I’m the soulmate of the podgy guy down at the post office! Those sparks when I handed him my outgoing mail weren’t from the cheap carpeting – they mean we’re DESTINED FOR EACH OTHER!

… Why do I have the feeling that she spent a long time shuffling her feet?

and over the next few months we were constantly writing and phoning coast to coast.

In September 1969 we became lovers,

Join the line to the right, PKM, and pick up your sticker as one of the dozens of women he cheated on his longtime girlfriend/common-law wife with.

in May 1970 he proposed, and on June 24 we were married in a Celtic handfasting ceremony.

It would be nice if she defined what that means beyond “Celtic.” “Celtic” has nothing to do with the religious content of a wedding, no matter what Kennealy apparently thinks.

Additionally, “handfasting” is actually a pretty vague description. If she said NEOPAGAN handfasting, that would make sense. But actually handfasting is just a pre-Christian wedding ritual, and even though many uninformed neopagans like to toss the word around like they own it exclusively, handfasting was common in Christian countries for many centuries, and is still incorporated into many modern Christian weddings. And someone as allegedly brilliant as Kennealy-Morrison should know that.

Yeah, just nitpicking. But it BOTHERS me.

The relationship continued until the end: A week before his death, I was receiving letters from Paris that were full of his plans to join me in New York in the fall of 1971

… and immediately get arrested by the authorities, given that he was stuck in the middle of a trial for public penis-waving. I mean, is there anything more romantic than THAT?

plans to move in with me in a downtown loft, or a beautiful old Victorian brownstone in the West Village which we had seen and deeply coveted; plans to work on screenplays and novels, together and individually, and a solo album, for the recording of which he asked me in one letter to check out studios and engineers for him; touching plans for our public, “legal” wedding (he envisioned a medieval sort of ceremony, perhaps at the Cloisters, Renaissance music, me in emeralds and cloth of gold…).

… okay, I’m hesitant to scream “LIAR LIAR!” unless I have something to back it up with… but this sounds kind of unlikely.

Actually, the relationship has never ended.

Ghosts are almost as hot as sparkly vampires!

The wedding vows we took were not contingent on both parties’ continued earthly existence, we don’t go in for that ’till death us do part’ stuff:

DAMN, that would be annoying. Can you imagine if your hubby had died, and you couldn’t go out and date other people because you were still married? That would suck! 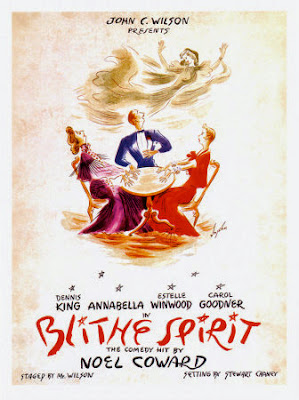 Death does not part, and we’re still very much involved with each other;

… and I totally do NOT want to know HOW. That door will remain closed.

…. so, you’re not able to think about a dead person unless they are also thinking of you? I don’t really see how that works. So even if you see a picture of them, even if you had a megatorrid affair with a minor rock god…. you wouldn’t bother thinking of that unless a dead person had thought of you FIRST?

I’m not a theologian or a neurologist, but that seems screwy to me.