Talk some more about Blackmantle. . .

Yeah, this is gonna be painful.

FTR, Blackmantle is one of the few Kennealy books I have actually read. And I am unsure whether it or Deer’s Cry counts as worse. Even some of Kennealy’s small fanbase don’t seem to like it. This is mainly because

Blackmantle has some fine and lovely things, like the handfasting ceremony between Jim and me, or Morric and Athyn, if you insist;

Well, that’s a surprise! I’ve never seen someone admit so openly that their Sue… is a Sue.

And yes, Athyn Blackmantle is a Sue, not just a self-insert. I mean, she has a dramatic and mysterious birth, she rides a magical Sidhe horse as a child, she finds out she’s part-Sidhe AND the queen of the whole star empire, and she even brings her sexy hubby back from the dead because hey, she’s that awesome. She and her hubby don’t even die!

and we find out a lot of backstory–to do with the Sidhe, mostly.

Especially the part where we find out that the Sidhe are all secretly furries.

Not to spoil the surprise, but many of the characters are based on my real-life friends–

And those characters are just as awkward and unnecessary as you’d expect!

and enemies, who meet fates in the book that I’d be doing consecutive life sentences for if I bestowed them in real life. (Well, characters have to be based on somebody, they have to have some names; why not have some fun with it?)

The fact that she had “fun” with that really disturbs me.

To those who haven’t read the book: she has this whole sequence where basically her Sue goes on a cold-blooded killing spree for no reason other than… she wants to do it. So she does shit like de-boning a man alive, flaying another one and making a saddle out of him, and forcing another one to swallow live bees. And it’s all depicted as being totally justified.

I am not shitting you. 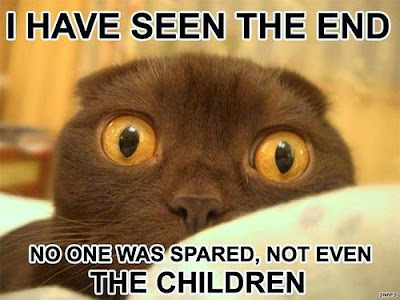 Yeah, I had already read Strange Days and was kinda dubious about this woman, but that’s when I officially went, “This woman is bugfuck insane.” Especially since these are REAL PEOPLE she’s fantasizing about, and they didn’t do anything nearby bad enough for her to fantasize about torturing them to death.

And again, she sees nothing wrong or even alarming about this.

(Look for the anagrams! They’re all there-

Sorry, not good at anagrams.

-and some individuals who have offended most heinously die more than once.

I bet she regrets that Angels Dance and Angels Die came out a year after Blackmantle, or she could have described brutally killing Pribatali Certu by jamming a nuke up her ass.

You’ll recognize most of them. The anagrams aren’t all perfect ones: sometimes I have left out a letter just to throw people off–a missing `s’ or `t’, or if the name has two b’s or two l’s, I’ll just use one; or I will have added or substituted a descriptive word where it is merited, a word like, oh, say, `asshole’ or `cloaca’ or `Pamhead’;

or maybe instead of `man’ I’ll have `boy’, or use a full name rather than a short version…like that.)

I’m sure Ray Manzarek feels so very special. That’ll show him for reducing her epic romance to “She simply fell in love with Jim. Madly.”

You need not have read the other Kelts books to get into this one: for one thing, it’s a single-volume story.

And thank God for that. The idea of Blackmantle as a trilogy makes blood shoot out my ears.

In effect, it’s Strange Days in outer space, with a little Orpheus and Eurydice thrown in, and a strange and effective twist to the ending, both happier and more tragic than the real-life one.

(You can read excerpts from it elsewhere on this site: currently featured, from Chapter 10, Athyn Cahanagh’s first meeting with Morric Douglas; and from Chapter 24, their wedding ceremony–the same ritual Jim and I used for our own wedding, in answer to many requests.)
Cameo appearances abound, as I said earlier; but I will tantalize with a few: `Morvoren Kindellan’ is Kathleen Quinlan, who in Chapter 2 makes a spectacular entrance inspired by her love of the sea (`Morvoren’ means mermaid in Welsh, and `Kindellan’ is an old Anglicization of `Quinlan’) and also by her movie Zeus and Roxanne, in which she swam with dolphins.
Not every character name in Blackmantle is an anagram, though every character is based on a real person, friend or foe. I don’t want to give too many hints, but… `Kelviram’ = a certain tiresome actor; `Cray Jargier’ = a certain renowned guitarist; `Linja Jospin’ = a certain girl who sang the blues; `Tam Blainry’ and `Gwencarig’ = you’ll never get these, so it’s Marty Balin and Grace Wing (Slick; Wing is her maiden name–original Norwegian Vinge, pronounced Veenya and meaning `wing’–which I used because Slick just didn’t work as an anagram). `Bargeld Almont,’ `Jirko pen Rhys’, `Loris VenoÎt’ and `Leto Novedris’ are just too easy.
Nor do I want to blow the cover of my friends by giving away their privacy… Suffice it for the moment to say that of those individuals mentioned in the Acknowledgment, all of them appear as some anagrammatic or Kelticized friend or other of Athyn and Morric, from Breos right down to ZarÙndah… (But `Aunya nic Cafraidh’ is Anne McCaffrey, and `Katterin de Cuirteis’ is Katherine Kurtz.) Have fun!
Many characters’ names–Morric’s bandmates who envy and betray him, the druggie hooker who murders him (`AmzalsunÎa’ = Amela Suzan; it used to be `AmzalsunÎa C’pronous’, which is a perfect anagram if you allow me a z for the z-sounding s)–were in the first draft a lot more obvious and letter-for-letter, but someone whose judgment I trust told me he found it too distracting (and thought I was having WAY too much fun) when the names were so recognizable–and made the further point that though of course the action is the fictional action of a novel the originals of the characters are not exactly hard to ascertain, so I didn’t have to be quite so obvious about it. (He’s also a rock critic, so maybe he was just more aware of this than the average reader, but still.)
I saw the wisdom of his words, so I changed the spacewhore’s name and the names of Jim’s–oops, Morric’s fellow band members and their slatterns (sure, `RÈamonn Zarryk’ was a hoot to come up with, but hardly necessary)… It’s just me getting a bit of my own back, and a bit of Jim’s too.