Do you really think Pam murdered him?

I reluctantly doubt that she actually premeditated his slaughter —

So, she’s actually UNHAPPY that someone didn’t deliberately commit murder?

but in the sense that she was morally culpable, that she handed him the equivalent of a loaded gun, stood back and watched him blow his brains out, yes, I do.

So, she considers it murder if Pam gave him drugs that had the UNINTENDED effect of killing, and even though she later spent a great deal of time tending to him and trying to revive him. Even though, you know, it was something that could have easily happened ANYTIME, ANYPLACE, and it might have been his own choice to demand the heroin.

Here’s an interesting question: if the situation had been reversed… would she feel the same way? Imagine if Jim Morrison had fetched Pamela Courson, a noted heroin user, some heroin from the other side of their apartment. She has an adverse reaction, and dies. Would Kennealy consider Morrison morally responsible for murder?

And you know what? According to nightclub owner Sam Bennett, he DID buy heroin for Pamela and used it too. Oops.

Cathy Smith, the woman who gave John Belushi the drugs that killed him, was indeed charged with second-degree murder;

She didn’t just GIVE him the drugs, she physically injected him with 11 speedballs. That’s a helluva a lot more than handing someone a snort of heroin.

though I do not know French law in such matters, I would conclude by the very speed with which Pam was hustled out of French jurisdiction and the coverup put in place around Jim’s death that she might very well have been just as much in the law’s reverence for her crime against Jim — a man she claimed to love — as was Cathy Smith for hers against Belushi, whom she scarcely knew.

… what coverup? Jim Morrison’s inner circle wasn’t exactly the Beatles. I don’t think they had vast quantities of money and clout to squish any suspicions by the French police. Did they get her out of the country quick, probably to avoid any complications with the French authorities? Probably. I’d do the same.

But honestly, it sounds less like Morrison’s death was covered up, and more like the French simply went, “Sacre bleu! An American rock star dying of a heroin overdose? Naturellement! They all die of drug overdoses! This one is no different!” 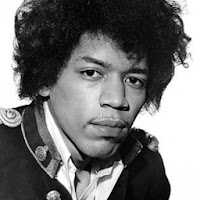 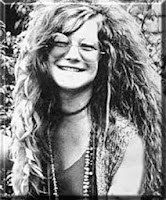 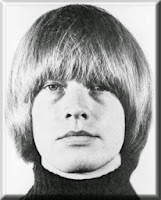 I mean, this was the heydey of the 27 Club. If a rock star died of a drug OD, nobody was going to suspect any kind of foul play – even the inadvertent type.

Maybe Pam just stood by and let Jim take the heroin in hopes of punishing him, or getting him hooked along with her, as junkies are so fond of doing to their nearest and dearest, to cut their own guilt and shame;

Here’s a funny detail about Kennealy’s autobiography: Pam doesn’t actually come across that badly in it. Sure, Kennealy does everything in her power to make Pam seem dumb as a brick and unworthy of Jim… but frankly, Pam comes across as a nice, pleasant, tolerant girl. No, she doesn’t come across as particularly smart, but there’s nothing malicious or cruel or grasping in her behavior – and you know if she had said anything negative, Kennealy would have run with it.

And I love her logic here: “Pam totally got Jim to snort heroin because…. she was a junkie! And junkies are evil!” Which is especially funny if you’ve read Strange Days, because Kennealy is ALWAYS talking about the drugs she was using, often in excess.

maybe she actively pushed it on him, telling him it was actually cocaine;

… why would she do that?

And after years of living with her, wouldn’t he know the difference?

maybe even — I don’t know. But if I had known, while she was still alive, that she had done even so much as that, hear me God, I would have killed her with my bare hands.

YOU DON’T KNOW THAT SHE DID. This is all speculation! You were not there! You do not know what she did! Everything you have said is a MAYBE!

Here’s another maybe: maybe he ASKED for the heroin, and snorted it. Maybe she suggested he try it, and he made his own decision like a big boy. Nobody knows! Because there were only TWO PEOPLE there, and now both of them are dead!

I’m by no means the only one who thinks she’s a murderess, either:

There are two whole people in the world who think this!

I’d also like to point out that “murder” and “manslaughter” are not the same thing. It’s the difference between accidentally killing someone in a car accident, and deliberately running them over.

As I said earlier, even lawyer Max Fink declared her guilty of premeditated murder.

He also declared his love for pickles and his intent to marry a hedgehog. Pay attention to his words, dammit!

In his unpublished memoirs, he wrote that Jim had told him he was finished with Pam for good — she was as smacked out and whorish in Paris as she had been in L.A., and Jim was fed up at last — and wanted to be home before the Fourth of July. And then he turns up dead on the third of July…

Yes, he looks sick to death of her, doesn’t he? 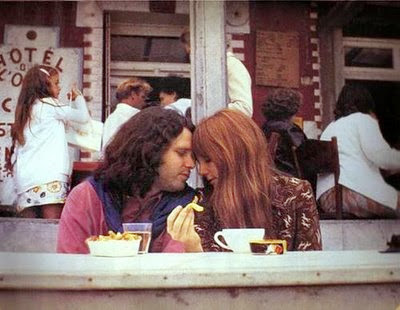 Also, I would like to mention that this is a really, REALLY shitty murder plan. Think about it: people’s reactions to drugs are pretty varied, and you never know exactly what will happen. A small amount of a drug can kill one person, and vast quantities could leave another one relatively unscathed. Also, it all depends on the person ACCEPTING the drugs and taking ALL of them of their own free will, unless she’s suggesting that Pam crammed the heroin up her boyfriend’s nose.

If you wanted to murder somebody on a timetable, drugs would not be the best method. Plus, a part of Morrison’s death came from hemorrhaging. You can’t PREDICT that.

Honestly, if she had wanted to murder Morrison, it would have made more sense to shove him off a balcony.

I myself was getting letters from Jim at this same time to the same effect: letters filled with declarations of love for me, despair at being unable to let go of his codependency (as we now know it was), and even a startling statement that he was going to change his will when he got back to me in New York — the very will that named Pam his sole heir.

This is sounding very familiar. It’s like a song that you hear at the grocery store, the mall… dozens of places… and it keeps playing over and over and over until you want to claw off your ears so you can stop hearing it.

Pam herself told people in L.A. that she was responsible for Jim’s death, that it was her stash that had killed him; and then her guilt killed her. Seems clear enough to me.

Maybe if you live in a world where everything is black and white, nobody experiences guilt for inadvertent involvement in another’s death, and “responsible” = “instant guilt of murder.”