No offense, but you never exactly raved about his poetry…

That’s right! [See the Jazz&Pop4Ever section on this site for my published review of The Lords & The New Creatures — the review that occasioned his proposal.]

… the verdict that they weren’t really that good and needed lots of improvement? Um, I think Kennealy edited a few sentences out of that statement, and didn’t fix the sentences accordingly. 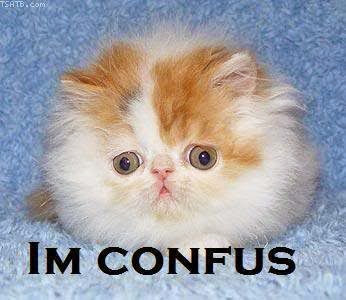 not just my friends but rough tough cynical hardcase reporters,

… and I’m SURE those rough tough cynical hardcase reporters are not friends of hers at all. She just nabbed them from crime scenes and made them read Jim Morrison’s poetry.

all of them moved by the power and palpable feeling, the honesty and love that shine from every line.

Especially in his ode to pizza.

So, since most of you won’t be seeing Fireheart for at least seven years and possibly twenty-five, here are a few early reviews:

… No, that was not a joke. Patricia Kennealy Morrison is, without any humor or irony, writing down fake quotes from imaginary reviews for a book that may or may not exist.

“Some of the letters make me cry…”

“Of course, I also cry during documentaries about corn.”

“Except for the part about the gorilla suits. That was just weird.”

[That would be, I believe, a June 1970 poem, untitled, that begins ‘I like to fuck you in the summer morning…’,

and contains the spectacularly and absolutely inimitably Morrisonian lines ‘Our straining torsos serve the serpent medulla/Our snake brains explode between our legs’, which is just soooo Jim you can’t stand it

Also, maybe it’s just me, but it seems like the snake imagery is being pushed too far. Yes, Morrison had snake imagery in his works, but… I don’t think he put it everywhere. That is two references in two lines. Suspect. 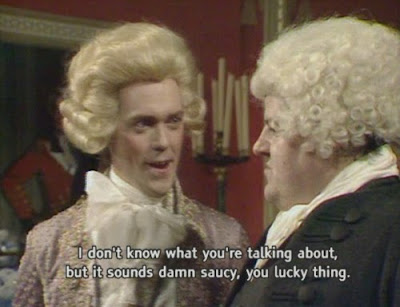 Right, because you DON’T KNOW because that quote was TOTALLY for realz and legit. You hopped in a time machine and got the reviews from the future, so you just have to GUESS.

“Occasionally profane though often sexual, romantic in his verse and at times more playful in his prose” — New York Daily News.

“Extremely personal letters and poems, filled with references to the most intimate acts of love, and they are probably worth a fortune in the marketplace.

… and that last part of the sentence is FRIGGIN’ WEIRD. Literary reviews do not usually refer to how much the manuscript content would sell for, unless it’s a super-ultra-mega-rare book that has only been printed in 50 copies or something.

… News that Fireheart exists, stuffed with the supercharged emotion of Morrison’s lyrics, is already stirring his dedicated followers.” — Chicago Sun-Times.

They are already hiring a professional handwriting analyst.

“The poems make clear that, however muddled his heart, he had feelings for her, and late letters from Paris spell out his plans to make her his legal wife.” — London Daily Telegraph.

“And if only that meddling Pam Courson hadn’t overpowered him and shoved her Evil Heroin up his nose, he totally would have come to New York and lived happily ever after with her!”

[Those would be letters I received from Jim in June 1971, which include, among many other extremely unambiguous statements:

“Please go away and leave me alone. I have a restraining order.”

the salutation to “Patricia my wife”;

That sounds so natural, doesn’t it? I know that if I were married, I would totally address my spouse as “Mike my husband.”

the above-quoted regurgitory reference to Pam;

She seems to really, really love that quote that nobody has seen.

his declaration of intent to change his will “once I get back to you in N.Y.”;

… even though he had had plenty of time to do that already and NEVER HAD, he TOTALLY was going to do that! That would PROVE that Patricia was his true love!

a reminder that I must not misplace a certain purchase made before he left for Paris, because he intends “to marry you again, ‘for legal’ this time (since we’ve already done ‘for real’), use those big old gold wedding rings we bought in L.A….we’ll be needing them soon”;

That “for legal/for real” comment is another one that doesn’t sound at all natural, especially since Morrison wasn’t really a follower of Celtic neopaganism the way Kennealy is. It sounds… well, more like someone unsubtlely announcing that HEY this extralegal marriage is totes for realz!

Which Morrison wouldn’t have had any reason to do if that was how he felt, since I doubt he predicted that he would die and thirty years later, Kennealy would have a website devoted to how she is totally his wife.

several beautiful poems, including the “cienega&marais” one you can see in the Gallery on this site — and if Jim didn’t send me that from Paris, as some crackpots have alleged, how did he know in 1970 that he’d be living in the Marais, when the move there didn’t happen until May 1971? Oooh, unless he was psychic — and an exquisitely romantic, tender reflection on our first wedding anniversary, which was taking place even as he wrote, in which he speaks of his love for me and mine for him, calling himself my husband and me his wife; and a romantic and lavish gift to mark the day. A few days later he was dead.]

So much for Muses.

I don’t get that remark.