This book has pre-book material like most movies have trailers – it just goes on and on.

This is not a biography. Nor is it an autobiography.

This is a book about toast.

It will tell you some things about Jim Morrison

And all of them disgusting yet strangely arousing.

and it will tell you some things about me

… and who are you that I should care? Bring me scandalous rock-star goodness! I don’t care if it’s a man or a woman, titillate me with tales of drugs, wealth and debauchery!

and it will tell you quite a lot about us.

Okay, as long as I’m being entertained. No boring stuff! 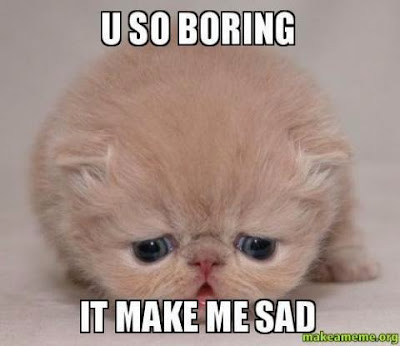 What it will not tell you is what Jim’s teachers or his childhood friends or even the other members of his band thought of him, or what happened when the Doors played Saratoga or Stony Brook or San Diego, or how much money they made on the third album, or how many groupies really, or what Jim was drinking on any night in question.

You know, interesting factual stuff that requires more than one person to verify.

Anyway, this is one thing that drives me nuts about Bitter Ex biographies: they depict themselves as the ONE TRUE TRUTH OF AUTHENTIC VERACITY. They may say otherwise, but they want you to believe one account about their exes: THEIRS. I mean, Random Rock Star could have multiple accounts stating that he suffered from bipolar disorder (including medical confirmation), drank instead of taking drugs, and was a sexual dynamo.

But according to the Bitter Ex, he was mentally stable while being an asshole, ate pills like candy, and couldn’t get it up. And you know what? They expect you to ONLY BELIEVE THEM. I mean, even if DOZENS of people say otherwise, for some reason we’re supposed to believe her because… she slept with him, and sometimes even married him.

I mean, should I really take Angela Bowie’s word about Davie Bowie’s performance if she clearly hates his guts, and not the word of his onetime landlady who was still fond of him? Yeah, she married him, but marriage (especially one that was stated by one of the parties to be a green-card arrangement, and which was started by a declaration of NON-LOVE) does not make you any more reliable.

Yes, I understand this book is about their relationship alone, but it doesn’t give me much hope that the author is, right from the start, saying that she won’t address anything EXCEPT her own stuff.

What this book will tell you is as much of Jim Morrison as I know. There is no other book for that.

… well, she has me there. No other book will, uh, contain what SHE knows.

Save for a few private moments and memories I have kept private, shared only and forever between him and me

And thank God we’re not gonna be told what THOSE are.

… we’re not, are we? Please tell me we aren’t going to hear anecdotes about whipped cream, lobsters and a football helmet. Because I cannot take another one!

I have been in all ways as open and as honest in this account as I know how to be, and as Jim has taught me to be.

… uh, so simple truth is something she had to be taught as an ADULT? This woman scares me.

About him. About me. About us.

About Steve my garbage man. About Marcie the receptionist. About Pongo the dog!

Because I think that is best for everyone

Lady, don’t you dare tell me what’s best for me!

and for Jim most of all; and to me he is what matters most.

Although I was in the music business, a professional,

I love how she has to assure us that she wasn’t a groupie. I mean, I would never assume when someone says they’re in the music biz that they are a professional. I just assume they’re a random crazy person who wandered in off the street.

the editor of a national magazine

… which nobody remembers or has heard of. Rolling Stone, they weren’t… even when people cared about Rolling Stone.

I was by no means a Doors insider, a member of the Doors family or the Doors court; more like a sovereign Eastern empress, having certain treaty understandings extant with the Lizard Throne.

I am sorry, but I crack up every single time I read that. Yeah, she wasn’t a part of the band’s intimate circle because she was an EMPRESS! She was above all of them! She was too exalted in Doors circles to ever mingle with the riffraff!

(You are thinking Elvis and Priscilla, when you should be thinking Solomon and Sheba

She just compared herself to the Queen of Sheba without a single ounce of irony. I could not generate comic gold like this if I TRIED.

or at least Spencer and Kate)

I didn’t know about them

Riiiiiighhhttt, despite being a self-admitted Doors fan, she didn’t know anything about anyone except Jim Morrison.

they didn’t know about me

Yes, this seems much more likely than “I didn’t know ABOUT them.”

and that was how Jim and I both preferred it.

Yes, it’s not that she was basically one of his countless side girlfriends whose relationships to him didn’t matter in the long run, it’s that they WANTED nobody to be aware of their true deep abiding lurv. 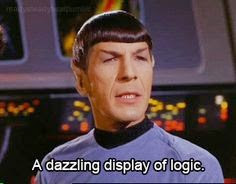 and when I saw what was passing for truth about Jim, and even about us, I knew my silent time was over.

“I would confess my secret passion for S’mores.”

Also, if nobody knew about their affair, how the hell did OTHER books and people talk about the “us”? Oh wait, because this book was NOT the first time Kennealy talked about their involvement. As much as she would like the world to forget about it, she gave an infamous interview to the book Rock Wives by Victoria Balfour, in which she called him a “pig man,” admitted that he probably didn’t take their wedding ceremony that seriously, and said she would never tolerate their relationship if he were still alive. She also was interviewed for the biography No One Here Gets Out Alive.

It is no one else’s truth but my own, and Jim’s with me.

I don’t think I can adequately express my hatred for the phrase “my truth.”

My Jim; not anyone else’s Jim (and there were many).

And since he was HER Jim, she can resculpt him in any way she likes.

So this book will not tell you who was Jim Morrison really.

Since he’s the book’s only draw, why should I read it then?

But it will, I hope, tell you some of what he was:

It will stop mysteriously on page 98 and be followed only by gibberish.

He was the Prince of Shadow and the beggar at the gate. He was the Emperor of Ice Cream and the Lord of Misrule.

He was the walrus, and he was the egg man.